Manchester United will sign Real Madrid and France defender Raphael Varane on a four-year deal with an option of a fifth year, but a date for the 28-year-old’s medical is unclear because of quarantine restrictions. (Athletic – subscription required)

Juventus are keen to sell Aaron Ramsey this summer as the Wales midfielder, 30, is seen by the club as a financial burden. (Gazzetta dello Sport, via Mail)

Ben White is expected to have his Arsenal medical on Wednesday with a £50m deal for the England defender, 23, having been agreed with Brighton last week. (Sky Sports)

Romelu Lukaku is happy at Inter Milan and the Belgium striker, 28, is not planning on leaving the club this summer, despite interest from Chelsea. (Express)

Crystal Palace are close to completing the signing of 25-year-old Lyon and Denmark defender Joachim Andersen, who had a spell on loan at Fulham last season. (Evening Standard)

Tottenham are stepping up their attempts to sign Atalanta’s Argentine centre-back Cristian Romero, 23, for £40m. (Telegraph)

Aston Villa’s bid to sign Bayer Leverkusen’s Jamaican winger Leon Bailey has been complicated by Leicester, Everton, Wolves and Southampton showing an interest in the 23-year-old, who could be available for £30m. (90min)

Juventus have told Cristiano Ronaldo they expect him to stay at the club this season. The Portugal forward, 36, has been linked with a move as he has just one year left on his contract. (Sky Sports)

Barcelona are yet to receive any contact from clubs interested in signing France forward Antoine Griezmann, 30. (Marca – in Spanish)

Xherdan Shaqiri looks set to leave Liverpool this summer, with Napoli and Lazio among the clubs keen to sign the Switzerland winger, 29. (Goal)

Arsenal are considering a move for Portuguese winger Matchoi Djalo, 18, who is available for about £1m from Pacos de Ferreira. (Sun)

West Ham are keen on signing Denmark defender Jens Styger Larsen, 30, who is in the final year of his contract at Udinese and would cost £4.2m. (Football.London)

Former West Ham and Stoke forward Marko Arnautovic, 32, will arrive in Italy this week – the Austrian is completing a move from Chinese side Shanghai Port to Bologna. (Corriere dello Sport – in Italian)

Leeds United and Crystal Palace are interested in signing Chelsea and England Under-21 midfielder Conor Gallagher, 21, on loan. (Leeds Live)

Arsenal and Iceland goalkeeper Alex Runarsson, 26, is set to join Turkish side Altay on loan for the rest of the season. (Football.London)

League One Wycombe are in advanced talks to sign Welsh striker Sam Vokes, 31, from Championship side Stoke. (Football Insider) 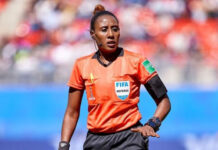 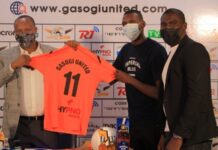 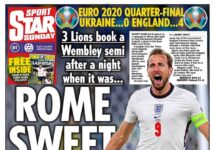 Concepts of HRM at the Workplace

Concepts of HRM at the Workplace

TIPS FOR DESIGNING A BETTER DESIGN

ABOUT US
Itara Media is a multi-services website that provides you with videography, photography, and graphic design services. You can also read trending stories on www.itaramedia.com
Contact us: itaramedia@gmail.com
FOLLOW US
© Designed by Afrinnovators & Owned by itaramedia
AllEscortAllEscort